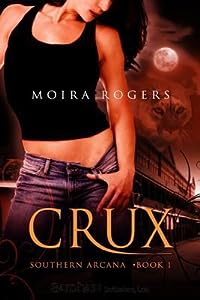 Jackson Holt makes a decent living as a private investigator in New Orleans, home of one of the largest underground supernatural populations in the United States.

He and his partners have never met a case they couldn't crack...until a local bar owner asks him to do a little digging on her newest hire.New Orleans is the fourth destination in as many months for Mackenzie Brooks, a woman on the run from a deranged stalker.

But crazy doesn't explain why he always finds her no matter how far she runs.When her well-meaning boss puts a PI on her case, Mackenzie comes face to face with the incredible truth: magic is real, and whatever spell has kept her hidden and separate from the paranormal world is rapidly deteriorating.With time running out, she has no choice but to trust Jackson as he struggles to uncover the truth of her past-and her destiny.

The writing, characters, and story line were brilliant, but somewhere along the way it just 'died'.... It seems like the author came to a point in her writing and just said "Ok, lets tie up all the loose ends and finish the book" and along with it the characters lost their depth.

CLICHES PRESENT IN DNF: X Woman Running Away from Tragic Past/Ex-Boyfriend X Woman Gets a Bartending Job and Conveniently Has Bartending Experience X Everyone at the Bar Loves Her Immediately X Heroine is a curvy woman with "lustrous hair" X Hero Watches Heroine's Apt to Make Sure She Is Safe X Bar Owner Has Talk with Heroine Almost Exclusively about Hero and How Hot He Is X Hero's Partner Talks with Hero Almost Exclusively about Heroine and How Much of a Lady Killer He Is X Hero nicknames Heroine Without Her Permission X Hero Vows Not to Ever Get Married (But Will Likely Change by the End of the Story) X Heroine Infodumps Sally Sob Story X Heroine Is an Orphan X Heroine Was Adopted X Heroine Is Afraid of Her Own Shadow X Heroine Must Be Protected by Hero X Heroine Hopes to Dream of Hero After Talking to Him Once NOTABLE QUOTES: From Mackenzie's POV about Jackson, first meeting: "Something about his eyes made her want to trust him, made her long to tell him everything that had happened." From Jackson's POV after he escorted Mackenzie to Nick's conveniently empty apartment: "What wouldnt be so easy to settle was why Jackson could still remember the striking cobalt shade of her eyes, or the way Mackenzie moved like the same gravity that affected everyone else couldnt quite reach her." A gentle knock woke Mackenzie, jerking her rather unpleasantly from a dream about Jackson and his strong arms." "It seemed like it had been forever since Mackenzied laughed as easily as she had in the last few days." "Maybe, if Mackenzie was lucky, she could drift back to sleep and dream of Jackson Holt and his beautiful eyes again." (BTW, this last quote at 10% after our hero and heroine have had exactly ONE conversation is what made me throw in the towel.) ASSESSMENT: People who are looking for more romance and don't mind the common romance tropes will enjoy this.

I'd rather a book just be bad from the start than to tease and entice me before leaving me high and dry. "So what if his eyes kept flickering back to Mackenzie and her lustrous hair." In terms of a character's voice matching his/her persona, Jackson often uses girly word choices. The plot is falling apart. I'm at 46% and realize this story has been steadily falling apart at the seams for some time. Both think her stalker, para, and overall dangerous situation means that it's no time to get hot. I'm tired of hearing the same plot lines multiple times to extend this book's word count. Off-page, Steven tells the same to Mahalia, who then turns around and recounts it to the FMC, making the second time we go through the shit. The only thing forcing me forward is the para plot line, and even it's on thin ice. The MCs never develop because too much time is spent intro'ing and planting seeds for the secondary character books to follow. Zero sexy times. Escape of the bad guy turned good guy and the FMC via a thug with a conscious and death wish. Half a fucking chapter of yapping as they are attempting to have sex the first time. Bottom Line Excellent para idea that started well but quickly became a complete fail in execution.

Worried she is in trouble, Nick sends Jackson, a private investigator, to follow Mackenize home one night. Making the very hard decision that Nick probably wouldn't try to hurt her, she decides to trust these people. Nick, Jackson, and his partner Alec all know something is a little off with Mackenzie, and it is not just her fear. Jackson decides there is something special about Mackenzie is he is not going to let her run off. At the beginning of the book she is terrified and on the run, but once she trusts Jackson and the events happening to her and around her, the true Mackenize opens up and she embraces life and is carefree. There is Alec (ladies Ive already claimed him so move along) who is Jacksons partner and very quiet, very alpha, very mysterious (he will be the hero in book three, Deadloc). There is also Nick, who owns the bar and her father just happens to be head alpha wolf, although she wants nothing to do with the politics that status brings her family.

The thing is, the characters are interesting and I wouldn't have minded spending more time with them. What wasn't so fine was the overwhelming suck involved. I'm not sure why an author would want that kind of imbalance in her world, but I think this is a great case for why it's a bad idea. Rogers is good enough not to ignore the implications, but the impact of that kind of setup is huge and having the main characters run into it face-first was overwhelming to me. I just couldn't take the oppressive background and even if the characters take out their main bad-guy at the end of this book the whole setup is such that each remaining story is going to face the same kind of problems in the same disempowering way.

Actual rating: 3.5* Crux was a great start to a new series. On the run, Kenzie gets hired in a bar in the French Quarter, New Orleans. All her new friends and allies are either spell casters or shifters and she herself is a cougar. I was at the edge of my seat when things started to happencant say what, you really have to read and find out for yourselves and when the book ended I definitely wanted to know more about everybodyhows Nicks crush developing/or not, Kats overbearing cousin, Alec, Nicks sister, even Marcus and some answers about who the hell broke into Kats apartment All in all I really enjoyed this book and the characters team Rogers wrote and their stories.

I've been blowing through the Rogers short stories and ebooks and I had very high hopes for my first full length novel. The story layout was predictable, especially the ending, and I could barely tolerate the sickly sweet dialogue.

Crux doesn't apologize for being the first book in a series at all; instead, a lot of time and pages are devoted to explaining how the world works, what the supernatural elements are and how they work, and why the super bad guy is a) super bad and b) just what exactly his aims and goals are anyway. I really enjoyed the realism that was infused into the characters; Mac was incredulous about the supernatural woo woo that was the source of all her problems but not to the point that it slowed down the story, and Holt was reluctant to act on his feelings for Mac because of the obviously bad timing and the fact that he figured she'd need some time to process things before getting involved with him.

What I found was a whole new wonderful series, the Southern Arcana.

By day, Bree and Donna are mild-mannered ladies who reside in the Deep South. 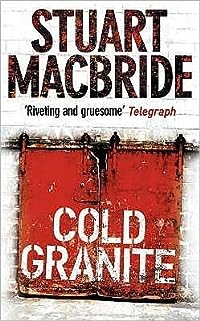 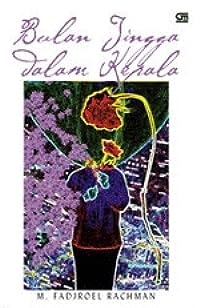 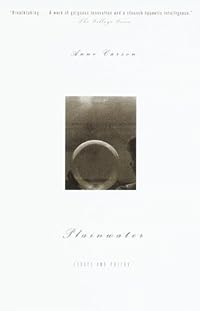