Over five years in preparation, Global Rift fills that gap.

Stavrianos stresses the unique dynamism of European capitalism as it incorporates all other regions of the world as part of its own logic, so that the wealth of Europe and poverty in most of the regions of the rest of the world are interconnected. While Stavrianos invariably explores internal political, economic, and cultural aspects of particular societies, his aim, like Wolfs, is to highlight the neglected indivisible whole the external, interactive, and systemic ways that both wealth and poverty are produced in a global political economy. Temporally, he locates four periods of European capitalist expansion: (1) 1400-1770, in which the European center or core is engaged in commercial capitalism and colonialism is largely confined to the Americas; (2) 1770-1870, in which the center, primarily Britain, is engaged in industrial capitalism and there is a waning colonialism in the periphery; (3) 1870-1914, which he describes as the era of monopoly capitalism and world-wide colonialism; and (4) 1914-1980 (when the book was published), in the core must actively defend monopoly capitalism in the face of revolution and decolonization, which when subdued produces neocolonialism (41). These periods correspond to spatial delineations produced by and within spreading capitalist relations: the space which initiates and sustains capitalism (the core); that which the core has incorporated into its own dynamics (the Third World); that which begins to encounter European Capitalism but is not yet integrated (the periphery); and spaces that remain external to global capitalism. For example, in the initial period of the emergence of West European capitalism, he shows how the Third World originated in the incorporation of the somewhat distinctive Eastern European region into the trade, investment, and production circuits of Western Europe (Chapter 3), extended quickly into Latin America (chapter 4). Stavrianos performs three more tours of the world each exploring the relation of core and periphery in successive periods of capitalist development. For Stravrianos, the co-constituted structural inequalities central to capitalism profoundly distort human development as a whole, though the effects fall most fatally on the Third World, challenging claims of market-induced harmony. Though Stavrianos recognizes capitalisms transformative role, including the expanding human productivity released by the restless pursuit of profit, he places greater ethical weight on the devastation wreaked on the economics, politics, and culture of the conquered societies (35-7). Capitalism utterly reshapes them: This was a total and all-encompassing process, for the culture as well as the economies of those societies were profoundly distorted and remodeled in order to satisfy the demands of the global market (37, emphasis added). Though Schumpeters major concern is not global dynamics but to challenge the static character of equilibrium analysis (McNulty 1968; Legrand and Hagemann 2017), Stavrianos pounces on this distinction between internally created qualitative economic changes (development) versus economic changes that follow from externally initiated and generated processes (economic growth) to organize his narrative. Though the development of the indivisible whole of global capitalism may foster some trickle down for the First World working classes (267, 270, 439, 794), the dependence of Third World economies on growth via vertical economic ties means that incomes and wealth tend to trickle up (794): The people of the Third World experienced no corresponding improvement in living standards. (267) Thus, Stavrianos arrives at an elegant relational definition of the Third World: the Third World is not a set of countries or a set of statistical criteria but rather a set of relationshipsunequal relationships between controlling metropolitan centers and dependent peripheral regions, whether colonies as in the past or neocolonial independent states as today (40). This last comment hints at an important narrative shift: Stavrianos, more so than Wolf, begins to show that European capitalisms expansive dynamism is met head-on by Third World resistance and rebellion. Skyrocketing oil prices, Third world debt, stagflation in the core, and draconian monetary policy combined with assassinations, support of dictators tied to the interests of capital, and intensified counter-insurgency to weaken and fracture the Third World movement and its demands for an international order serving and reflecting national needs, ideals, and goals. More precisely, methodological individualism or internalism lends support to existing inequalities by erasing colonial conquest and continuing structures of domination from the intellectual agenda. This erasure is as much political and ethical as epistemological or ontological, since the unit-level bias informs IPEs strident idealism, specifically its characterization of international relations as a market-like space producing collective goods.

Since that lunch (during which I drank cognac to Naeem's lasting fascination) I have read every book he's recommended over the past two or three years. I had never even heard of L.S. Stavrianos, a prodigious scholar of world history, before picking up Global Rift. Stavrianos explains the last 500 years as the conquest of capitalism and resulting emergence of economically dependent regions which we call the Third World. To Stavrianos, the Third World did not emerge in the 20th century, however, and his thesis may shatter your deepest held notions that capitalism is inevitable progress, that it only produces wealth eventually for everyone who participates in the market economy. Stavrianos conceptualizes history in several stages: 1) the emergence of the Third World from 1400-1700, the era of commercial capitalism -- or mercantilism -- and New World colonialism. What Stavrianos accomplishes in 890 pages is staggering, a scholarly analysis of capitalism's transformational power that reduced self-sufficient societies to dependency on the international market. He penetrates every region of the globe, detailing their unique histories before the seminal transformation took place: when international trade shifted from a trade in luxuries to a trade in necessities of raw materials and food, a process that developed over time and at different rates across the continents. He plunges into the attempts of pre-capitalist societies to avoid this dependency, a struggle to hold on to the 'self' against the pull of the 'other.' In the final analysis, most of the planet by the 20th century was part of this relationship: wealthy nations exporting cheap, finished goods to poor nations (destroying native attempts at manufacturing) in exchange for the raw materials and foodstuffs that drove the engines of western economic expansion. In short, Stavrianos explains why I was able to grow up wealthy while my neighbors in central and Latin America grew up poor, why I was able to buy cheap food while others starved in lands so fertile they could have fed their populations many times over. Whether it was food or raw materials, native populations drew little benefit from producing for the system of global trade -- and this is crucial to understanding this book -- that Stavrianos demonstrates created vertical economic relationships: wealth would flow out of the producing nation to the capitalist center. Britain could not have embarked, Stavrianos argues, on the industrial revolution without the capital it accumulated through the exploitation of its colonial possessions, like the slave labor sugar plantations of the West Indies. Stavrianos argued the social revolutionary movements of the 20th century were an attempt to break from or avoid the dependency on global capitalism that covered most of the globe.

Very ambitious book which tries to explain how each region of the world was absorbed into the European led world economy in the modern period, and reactions to European colonial power.

I wish I could find more books that examine global history through this lens. Frustrating that as someone who has studied history and political economy, many of the books presented to me don't compare to this. Let us not shrink back when we see the hatred fermenting and filling the lives of hundreds of thousands of Arabs, who sit all around us.

Or later, when every Power in Europe on some pretext or other has seized and retained some part of our territory, do you suppose because we cannot resist that we do not feel?...It is the nations of Christendom who have come to us to teach by sword and fire that Right in this world is powerless unless it is supported by Might. 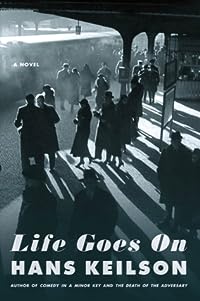 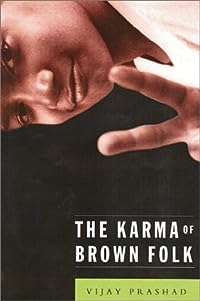 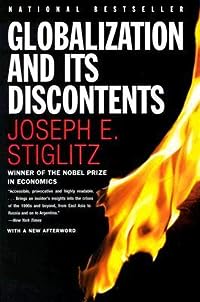